The u20s squad continues to build and the third player to sign up for the new season is Forward, Alex Dean. Alex joins after spending half a season with the u17s, after a previous spell in the Ayr United youth ranks.

Alex is a Kilwinning boy and is really excited about the prospect of working with the first team:

“Buzzing, I can’t wait for the season to get started. Looking forward to the challenge of the u20s Development League. Hopefully I can make an impression and get involved in the first team and play alongside the likes of Carlo, Ben and Calvin up front.” 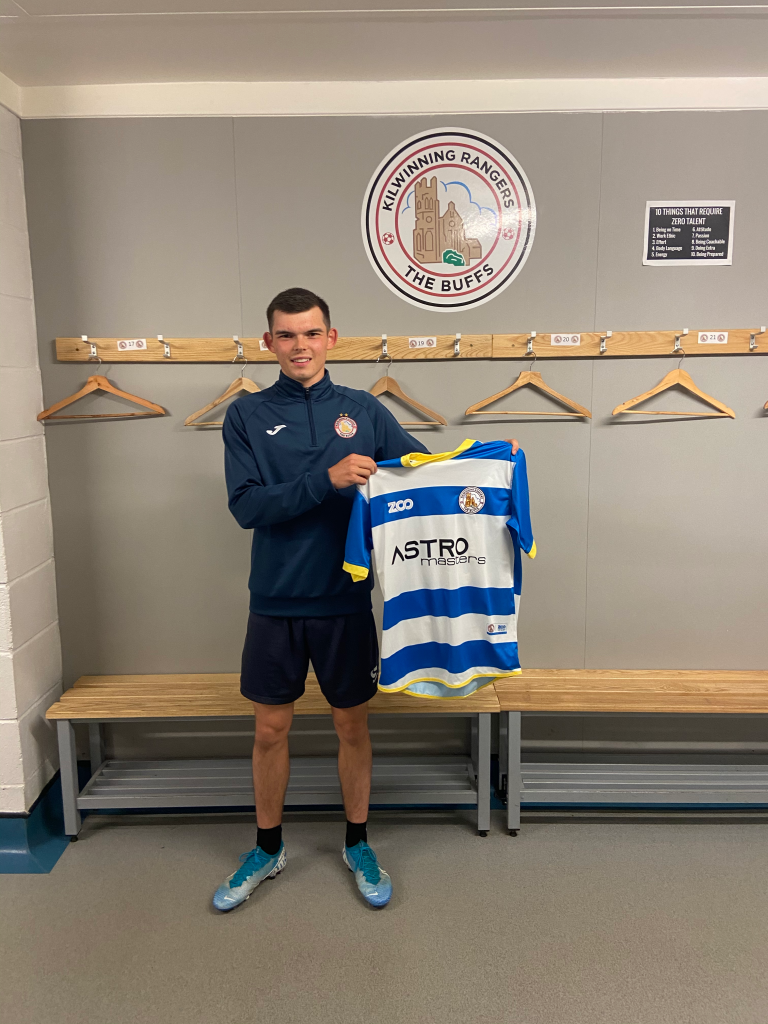 “Alex is a very versatile front man who operates in any of the front three positions. He is very pacy with an eye for goal. He has bags of potential to be a very good footballer. Alex came into the u17s mid season last year and scored or assisted in every game since. He’s a Kilwinning lad with a bright future in the game.”